Joi Chevalier and Friends Participate in the Taste of Black Austin

Joi Chevalier and Friends Participate in the Taste of Black Austin

The book served as a guide for African Americans traveling through the segregated South. The book included homes, churches, Black-owned establishments. Taking place at the Peached Social House in Austin, the event features some of Austin’s best chefs, including Cook’s Nook owner Joi Chevalier as the culinary director.

In addition to traditional southern cuisine, there will be a photography exhibition.

Purchase tickets at this link. 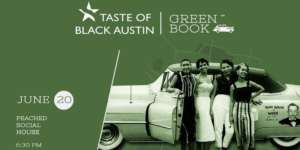