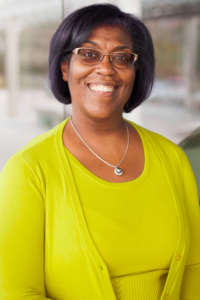 Any foodie worth her salt has heard of the esteemed James Beard Awards. The mission of the foundation is to “celebrate, nurture, and honor chefs and other leaders making America’s food culture more delicious, diverse, and sustainable for everyone.” The organization does more than give out awards, it fosters a community of culinary excellence through programs, scholarships, and events. One of their events, the dinners, include multi-course meals based on a theme. On June 18th, the Cook’s Nook founder Joi Chevalier will be a part of the Juneteenth celebration at the James Beard House in New York City.

During this celebration of the nation’s oldest commemoration of slavery’s end, Joi, along with several other chefs, will present a menu of culinary delights that honor the impact that of African-Americans on the United States of America. Other chefs come from around the country, include Adrian Lipscombe of Uptowne Café & Bakery (La Crosse, WI), Omar Tate, Henry at Life Hotel (New York City), David Thomas, Ida B’s Table (Baltimore, MD), Chris Williams, Lucille (Houston), Enrika Williams, Fauna Foodworks (Jackson, MS), and Shannon Mustipher, Glady’s (Brooklyn, NY).

Click here to get a sneak peek at the menu.